The NNJCF, a not-for-profit organization based in Hackensack, New Jersey, focuses its work on the arts, civic engagement, education, the environment, philanthropy, and public health. 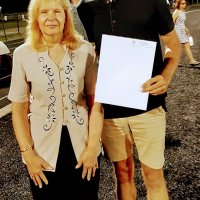 During his tenure on the New Milford Board of Education, Darren Drake recognized the importance of preparing high school students to pursue vocational careers to meet a shortage of skilled labor in the trade and technical professions.  According to the Center on Education and the Workforce at Georgetown University, 30 million jobs are available in these professions, with median earnings of $55,000 annually, that do not require a bachelor of arts degree.  A range of jobs is available in the trade and technical industries, including construction and manufacturing, as well as in the skilled-services industries in healthcare and financial services.

A study undertaken by Deloitte and The Manufacturing Institute found manufacturers need to hire four million workers from 2021 through 2030.  These workers will fill positions created by industry growth and retirements from the workforce.  The study predicts manufacturing companies will have difficulty filling at least 2.1 million positions, resulting from a lack of trained applicants.